I first came across Citylife Barbers on 9th Avenue in Chelsea in March 2006 when during a photo walk that I focused on NYC barber shops as part of my ongoing barber shops series.

Though, at the time, I did not need a hair cut I stepped inside to introduce myself and informed the staff that as a visitor from WDC barber shops was amongst my ongoing themes.

The staff was so very pleasant that I vowed that when I returned to NYC in the future that I would make a point to stop in Citylife Barbers for barber service.

Which is exactly what I did, three months later, when I rode up to NYC with Mark and Ken for the June 2006 Heritage Pride Parade. But, after a late night / early morning of 'partying' at the West Side Club when I did stop in at Citylife Barbers late Saturday evening, 24 June 2006, they were just then closing up shop.

However, when Richard and I visited NYC in September 2007, I made a point to stop in at Citylife Barbers on a Saturday afternoon.

And as one reviewer says, I was "... greeted by the friendliest staff in NYC". Which was my first and second impressions when stopping in the two previous times before.

Though each barber was busy, at the time, I was the next person to be serviced. While waiting, reading the news paper, viewing images on my digital camera and watching the plasma TV one of the barbers offered me a bottle of water. Which I thought was a 'very nice touch'. Thanking him, I said 'Yes'.

After about a 5 or 10 minute wait I was in the barber's chair. And Jeovani would provide excellent service. While he cut my hair, I explained further the nature of my photography and told them that I would be attending a wedding on Long Island the following day.

Another 'added treat' occurred just before I was released from the chair when Jeovani wrapped my face and head with a hot eucalyptus towel.

I highly reccommed Citylife Barbers which, located at 201 9th Avenue between 22nd and 23rd Street in Chelsea NYC, the barbers provide TOP SERVICE.

Join Market 5 Gallery and its supporters Saturday, 15 December at 1 pm to protest the eviction of Market 5 Gallery. Washington, DC's Office of Property Management (OPM) and its contractors have bullied and harassed Market 5 Gallery ever since it was given oversight of Eastern Market's North Hall.

On Tuesday morning, OPM broke in the gallery and changed the locks under the guise of a window inspection. Later that day an OPM official said it was a mistake and that they would send someone to let gallery staff in on Wednesday. Somehow, the window inspection and lock change caused the gallery computers to crash. Computer Geeks will give a full report of the problem when the computers are fixed. We need your voice to put an end to this kind of harassment and illegal activity by the government. We need you to:

Posted by Elvert Barnes at 2:38 PM No comments: 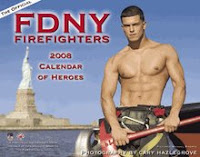 My first holiday gift suggestion was the official 2007 National Cherry Blossom T-Shirt. Four which I received in the mail yesterday. My second is the FDNY Firefighters 2008 Calendar of Heroes which, along with many other items, is available online at the FDNY Fire Zone - the OFFICIAL store run by the FDNY Foundation, a non-profit foundation that supports the Fire Department of New York to serve the public and save lives through fire safety education and other joint projects.
Posted by Elvert Barnes at 12:39 PM No comments: 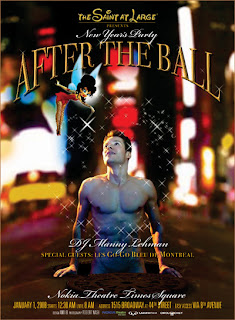 Thanks to Mark Nelson Events here is the low down pertaining to New Year's Day "circuit events" in NYC.

Moments after the New Year's Eve Ball descends from the flagpole atop One Times Square, the Saint At Large will ring in the New Year with an After the Ball - New Years Party at the Nokia Theater at 1515 Broadway and 44th Street in Times Square from 12:30 am until 8 am, featuring DJ Manny Lehman.

The music of Victor Calderone will get you through the day at the 9 am until 9 pm New Years Day Party at Pacha New York at 618 West 46th Street. DJ Boris will preceed Calderone from 9 pm until 9am.

And the New Year's Event w/ Junior Vasquez will get you through the night at Sol NYC at 609 West 29th Street, from 9 pm until 4 am.
Posted by Elvert Barnes at 10:33 AM No comments:

Posted by Elvert Barnes at 8:48 AM No comments: Issue #1, in celebration of Valentines Day 2007, featured an interview of Eve Ensler and an article on second homes. When Eric Nelson opened his Artfully Chocolate store in the Del Ray neighborhood in July/August 2006, creating a space where he and his domestic partner, orchid enthusiast Edward Hart, tie together a passion for art, chocolate and orchids ... Kingsbury Chocolates which had been in business since December 2002 was one of his then two local suppliers.

Both companies have grown leaps and bounds since.

As America celebrates a recent chocolate cafe trend, the newly opened ACKC Cocoa Gallery at the Matrix Condo Complex on 14th Street in NW WDC will afford Nelson and Kingsbury the opportunity to expand in the respective directions that they each which to explore.

The artwork displayed at ACKC, including the painted bistro tables as well as the cocoa cups and t-shirts - all of which are for sale - are the work of Eric Nelson.

Hours are as follows:

For more info or confirmation of hours telephone 202.387.COCO.

Click the above photo to view my ACKC Cocoa Gallery and ongoing Logan Circle and 14th Street Historic District photo sets.
Posted by Elvert Barnes at 11:05 AM No comments:

Since visiting Georgetown on Friday evening for the Georgetown BIDness Holiday Party that in the process of my ongoing Georgetown Windows and Windows of the World projects that I'd capture the windows of the Fine Arts & Artists Gallery at 2920 M Street, NW, Steve Penley's current exhibition "Reinventing the American Icon" has been on my mind.

The new collection of WDC inspired works by Atlanta based artist Steve Penley opened with a Saturday, 17 November 2007 reception and will be on display through Saturday, 22 December.

Five percent of all art sales made at the gallery from 17 November through the end of the year will be donated to the Duke Ellington School for the Arts. Here is the PDF document.

Located in Georgetown at 2920 M Street, NW, WDC, hours for the Fine Art & Artists Gallery are Tuesday through Saturdays from 11 am until 5 pm. For appointment and inquiries call 202-965-0780 or email info@faagallery.com.

Click the above photo to view my Fine Art & Artists Gallery photo set which features images from the Steve Penley "Reinventing the American Icon" exhibition.

Since my visit to Georgetown on Friday evening, Steve Penley's exhibit at Fine Art & Artists Gallery has been on my mind. Here is an excellent blog posting at Mother Pie entitled Rising from The South: Artist Steve Penley... that explains why.

And, so has the racism that I experienced in Georgetown on Friday evening ... been on my mind, as well. Which is why it took me a day or so more ... to write this blog posting.
Posted by Elvert Barnes at 5:44 AM No comments:

I Gorman & One in Ten Holiday Party tomorrow evening

Join One In Ten and I Gorman Jewelers for an Holiday Party tomorrrow evening, Tuesday 11 December 2007 from 6:30 until 8:30 pm, at the I Gorman's new store - a modern and elegant design that uses the best of ”green” technology and gem-inspired materials.

Proceeds from the party support One in Ten's programming and operations for 2008.

To RSVP, please email mmurray@oneinten.org
Posted by Elvert Barnes at 11:24 AM No comments: