Posted by Elvert Barnes at 8:11 AM No comments:

Arena Stage has one more fantastic GARAGE SALE this summer to purchase theatrical items for your community or school theater, or just for yourself!
Saturday, July 28 (TODAY)
10 am - 3 pm
Arena Stage – 1101 6th Street, SW, WDC
For sale - props, costumes, posters, chairs, office furniture and more.
Cash and credit cards. Must carry the same day.
Posted by Elvert Barnes at 7:36 AM No comments: Betty Hart's "With These Hands", an intricate weave of H Street, NE, WDC's History Since 1984

Though none of the images that I have taken over the past few years have yet been uploaded to my flickr account, almost always when I walk pass the With These Hands, at 521 H Street in NE, I make a point to photograph the window display which features hats - as part on my ongoing Black Women In Hats and Windows of the World series.

Which until my 14 July 2007 NE Washington DC Photo Walk I did not realize was a hair salon. Which along with barber shops are also amongst my ongoing series.

Which she would return to in February 1992 and reopen With These Hands.

As the clientele grew, Mrs. Hart concluded that she needed to own not only the business but also the property where it was located. She had had enough of paying rent to absentee landlords. When the 521 H St. site came on the market, she was able to buy it in 1996 and establish With These Hands in its current and permanent location.

To learn more about Betty Hart visit her SPID profile.

Click the above photo to view my ongoing With These Hands Hair Gallery and H Street, NE, Corridor - WDC photosets.
Posted by Elvert Barnes at 11:03 AM 3 comments: To much anticipation, a Sidamo Coffee & Tea opened on H Street in NE Washington DC in January 2007.

Though I am not a coffee drinker, the reviews posted to Yelp give the staff as well as the coffee, tea and pastries high marks.

Ethiopian-born owners Kenfe Bellay and Yalemzwed Desta roast coffee beans in-house, at the H Street, NE, Sidamo Coffee & Tea. And offer more than 20 kinds of teas and keep the kettle on from 7 a.m to 7 p.m. on weekdays and 8 a.m. to 6 p.m. on weekends.

Though not a coffee drinker, I made a point to stop in during my NE Washignton DC Saturday Photo Walk. And can attest to the friendliness of the staff. Though, at first, there seemed to be some hesitation from the young clerk behind the counter which is somthing that I always encounter as a black male once I explained to Mr. Kenfe, the owner, the nature of dcoumentary work he was more than gracious.

And took the time to show me the back patio.

Though I'm not sure how long the exhibition will remain, on display at the H Street, NE, Sidamo Coffee & Tea during my Saturday, 14 July 2007 visit were the works of several Ethiopian artists associated with the Artful Framing & Gallery.

So, while I am not into coffee, I definately will return to the Sidamo Coffee & Tea at 417 H Street, NE, Washington DC to get a look at the art.

And here is some information pertaining to Ethiopian Sidamo Coffee.
Posted by Elvert Barnes at 7:25 AM No comments: 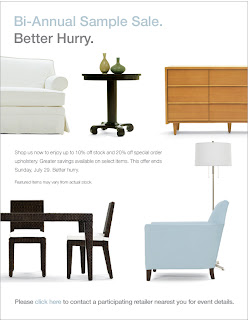 Posted by Elvert Barnes at 11:19 AM No comments: Here is a link for Skate Rinks Around WDC. I definately will use it as resource guide for my ongoing X-Treme Sports Project.
Posted by Elvert Barnes at 8:38 PM No comments: When out taking pictures on Sunday, 22 July, at Eastern Market the furniture of Matthew Falls would catch my attention as it brought to mind the work of former catering associate and wood sculptor and furniture designer David Hymes.

Matthew Falls, a Business Advisor and Operations Manager at CAOS Systems, designs and constructs his hand made furniture from cherry wood logs that he himself saws, sculps or carves.

Furniture maker Matthew Falls can be found at the Eastern Market / Flea Market on most Sundays, providing that it does not rain. Since rain would severerly damage his cherry wood furniture.

Contact Matthew Falls by phone at 410-330-CAOS or email at MattFalls@aol.com.
Posted by Elvert Barnes at 5:47 AM No comments:

In her July 2007 Summer Newsletter, Chef Lenore Nolan Ryan reports that she has been enjoying freedom every summer, since 1991, aboard the "JAMAL" cooking and entertaining charter guests on an excursion from Seattle to Alaska.

First day arrival always finds our charter guests a little tired from traveling and anxious about their upcoming excursion. After all, we are the only all girl crew from Seattle to Alaska. Now you can only imagine how much fun that is!

For as many times as we begin anew I have always made the same “First Day” dinner. It is important to make them feel welcome and relaxed. After all, part of the adventure is having a chef to call your own. Comfort food first and then “Wow Em” for the rest of the time with all of my fusion food. How can you go wrong with Herb and Lemon Roasted Chicken, Roasted Vegetables, a Lenore Salad and a Fresh Berry Crumble?

As we cruise along and get closer to Glacier Bay I bring out the blender, tequilla, limes and net snag a chunk of blue glacier ice for my famous Glacier Ice Margaritas with Ginger. My secret ingredient for a frappe of an evening!

Sign up for her newsletter and then email her your favorite “Summer Vegetable Recipe” and she will choose one to share in her next newsletter. You will also receive a cooking class for you and a friend! So time's a wastin’, there are memories to create and recipes to share.

As for Lenore, she has only begun to prepare this season's harvest of vegetable tortes, tarts, lasagnas, quiches, salads and spicy vegetable ragouts for friends and family to enjoy!

I'll post her Crispy Herb and Lemon Roasted Chicken to my blog tomorrow.
Posted by Elvert Barnes at 6:47 PM No comments: Organized by Capitol Hill Community Foundation in response to the recent fire that severely damaged the Eastern Market Complex on Capitol Hill in SE WDC, the first installment of the Eastern Market Music Series which launched on Sunday, 22 July with a 10:30 a m until 1 pm performace by blues artists and historians Rick Franklin and Mike Baytop.

As a result of the racism that I have experienced, over the years, I almost did not visit Eastern Market on Sunday, 22 July but, as an artist and historian, when I heard news that blues artists from the Archie Edwards Blues Heritage Foundation were scheduled to perform I made it a point to stop in.

And though while video-taping and photographing Rick Franklin and Mike Baytop I experienced the same form racism from the crowd that I experience where ever I go, as a black male, what stood out was the reaction that I got from the same white woman and exhibitor who reacted to me the exact same way when I photographed the 2006 Arts Of Foot at Penn Quarter. Or each time that, in recent months, I engaged in street photography in the vacinity of the Whole Foods Market at Logan Circle on P Street.

It brought to mind the reaction that I get from folks when I photograph in Dupont Circle which I have photographed since 1992 but, more importantly, the reaction that I got last Sunday from a white female who reacted to me with the exact same arrogance last Sunday when, as a photojournalist, I was photographing DCFD - EMT Foggy Bottom as would the white lady who would react to me exacltly one week later at Eastern Market.

The week before, on Sunday, 15 July, though the police informed the white girl that 'it was public space' and that I could photograph ... they then suggested to me that to make things better 'why don't you just leave the park for a few mintues and come back later .. when things have settled down.'

"Excuse me, officers, you expect for me, a 53 year old gay black man, to leave Dupont Circle, for just a few minutes because some well meaning white girl and white gay boy, in a kilt but more skirt, who plays a pink ukulele and looks like Tiny Tim ... demand that I 'play their nigger ..." was my response.

Continuing to document the "black DCFD - EMT in the line of duty" I said to the cops 'It is not just this Sunday or just this past Friday. It is each time that I visit Dupont Circle that these two people confront or attempt to obstruct me.

I said further , "And as a 53 GAY BLACK MAN ... ain't no white girl nor white boy ever gonna dictate to me what I can, can not, should or should not do."

I reiterated "I'm not their nigger!".

Remembering what had occured the week before in Dupont Circle, on Sunday 22 July, at Eastern Market, I turned and politely said "... white lady ... as a 53 year black man ... please, do NOT go there with me!". And when she stood and threw her hand up and said "I'm gonna ..." the same way as white girl who turned to the police in Dupont Circle the week before ... I reiterated "I'm not ya nigger!". And continued with my ongoing Sunday At Eastern Market series.

As a black artist but, more importantly, as an historian it is imperative that my photography and videographically not only document the times but, also, shed light in my personal story.

Moments after the 15 July incident on Sunday afternoon in Dupont Circle a white man and school teacher that I've known for many years who, each time that he sees me, will 'approach me about drugs' told me that the 'white pot dealer that I had referred him to no longer 'deals'. As if to suggest that I should refer him to another one of my white friends who deals pot.

Not unlike the police who suggested that I leave Dupont Circle, just for a minutes, to make the white girl happy ... folks also expect for black men to change their lives and directions so that white people can deal and do their drugs ... while, at the same time, watching, overseeing and policing the black men who they and others regard 'as their niggers.'

It was not just that Sunday. Nor that Friday before.

It is not just Dupont Circle or Eastern Market. Nor just Fort Lauderdale or New York City.

As a 53 gay black man who, over the years, practiced integration ... it has been my experience that it has everything do with "... when white folks come around ...".
Posted by Elvert Barnes at 5:34 AM No comments: 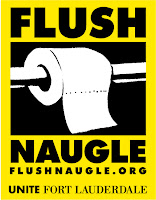 Power to the People After Rally Party

Just Three Blocks from the Rally at City Hall!
Parking Deck next door.
6:30 PM
Untill We Run Out of Power
Free Entrance!

Free Drink Tickets At The Rally!
Posted by Elvert Barnes at 7:22 AM No comments: