A CELEBRATION OF THE LIFE OF ELSIE MAE BARNES

THE TRANSITIONING OF MY MOTHER'S SOUL 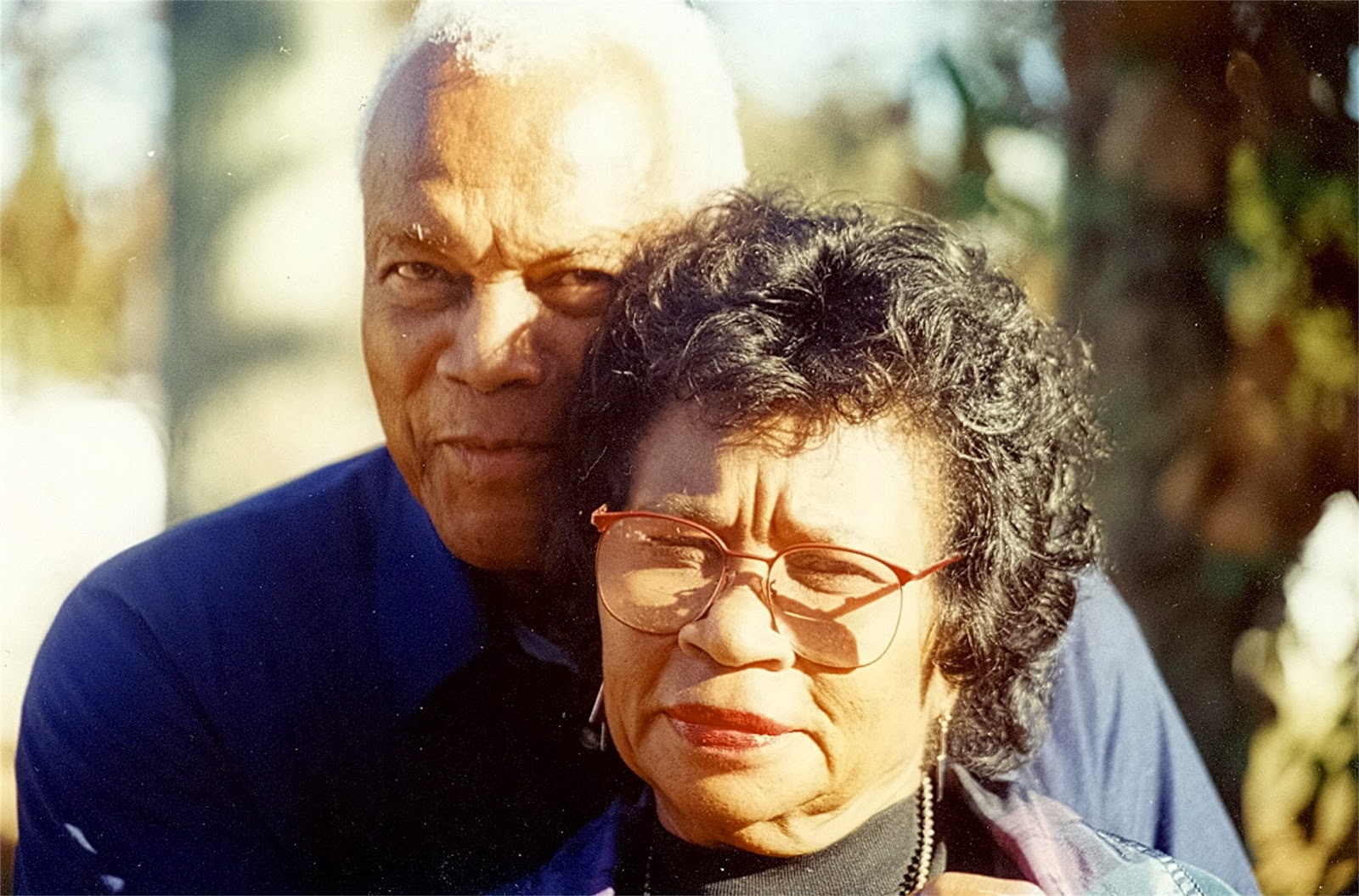 In celebration of their 56th anniversary this photo was taken of my parents, Elsie and Bernard Barnes, in Lexington Park MD on 29 November 1998.  One day before, on 28 November, the then matriarch of the family, Violet Biscoe, who was Elsie's grandmother and my great grandmother, passed at the age of 105.

While Violet was known as "Big Mama" my mother, Elsie, is known as "Little Mama".

Two days after my parents' 72nd anniversary on 29 November 2014, and after several years of declining health which actually was part of her transitioning process, shortly after 6 am on Monday, 1 December 2014, "Little Mama" passed, at the age of 88.

Born on 18 February 1926, now in the process of transitioning from the physical earth to the spirit world her soul will soon join those of "Big Mama" and "Aunt Ruth" (her mother) in heaven.  As well as the many others who've gone before her.

While funeral arrangements have been made through the Briscoe-Tonic Funeral Home in Mechanicsville MD the visitation, funeral mass, interment and repast will be held at Immaculate Heart of Mary Church at 22375 Three Notch Road in Lexington Park MD on Tuesday, 9 December.

Flowers should be sent to Immaculate Heart of Mary Church for delivery on Tuesday morning, between 8 and 9:45 am.

Viewing will take place from 10 until 11, followed by a Christian Funeral Mass from 11 until 12 noon.  Followed by interment.  And then a repast.
Posted by Elvert Barnes at 4:11 AM 2 comments:

Taken during my documentation of the Tuesday, 26 March 2013 MARRIAGE EQULAITY RALLY at the US Supreme Court in Washington DC this is the image that I have selected for the FLICKR 2013 YOUR BEST SHOT group

In celebration of my 60th birthday which took place on 5 October 2013 here is my latest house / progressive house / gay circuit mix available at Beatport Mixes.
Posted by Elvert Barnes at 8:02 PM 1 comment:

EXCELLENT MUSIC FOR TRAVELING to and from your Labor Day Weekend destinations here is my August 2013 LAST GOODBYE Orchestral / Uplifting Trance (End of Summer) Mix which is available at BEATPORT DJ MIXES
Posted by Elvert Barnes at 1:29 PM 1 comment:

As the third installment of my 50th Anniversary of the 1963 Civil Rights March on Washington / August 2013 series and IN SUPPORT OF GLBT MARRIAGE EQUALITY, inspired by negro spirituals as well as civil rights and protest songs, my August 2013 LET FREEDOM RING house / progressive house mix is available at Beatport Mixes at
Posted by Elvert Barnes at 9:44 PM No comments:

As the second installment of my series that celebrate / commemorate the 50th Anniversary of the 1963 Civil Rights March on Washington this mix features a house / hip-hop / soul track list that was inspired by negro spirituals and protest songs.

Posted by Elvert Barnes at 11:04 AM No comments: